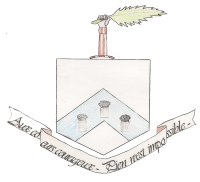 Robert Homer Clemitson
Robert Homer Clemitson, 1881-1919, from "branch 1" of the family, was a Pattern Maker by trade.  In 1909 he emigrated to New Zealand, returning to Britain for a visit in July 1914.  However, the Great War was just about to break out, and he enlisted in the 18th Pals Regiment in the Durham Light Infantry, serving in Egypt & France.

Sadly he was accidentally shot whilst returning from a patrol in 1916. After some months recuperating at Oaklands Red Cross Hospital, Cranleigh, he succumbed to the 'Spanish Flu' epidemic, and died in 1919.  He is buried in Hexham Cemetary, and his name is included in the War Memorials in Holy Trinity Church, Southwick & at Hartlepool.

How the accidental shooting occurred.

Cyril Clemitson
Chief Officer  Cyril Stuart Clemitson, 1913-43, son  of Thomas & Mary Clemitson, from "branch 1" had joined the Merchant Navy, and was the Chief Officer of the SS Dalfram.

The Dalfram was a British cargo steamer of 4,558 tons built in 1930.  An ordinary vessel, but she has her place in history. She sparked the "Dalfram Dispute " in Australia in 1938 when workers refused to load her with pig iron bound for Japan, fearing the iron would be turned into weapons for the invasion of China.

In 1942, she had a narrow escape, when she struck a mine laid by Doggerbank, a ship used by the Germans to fool people into thinking she was British. 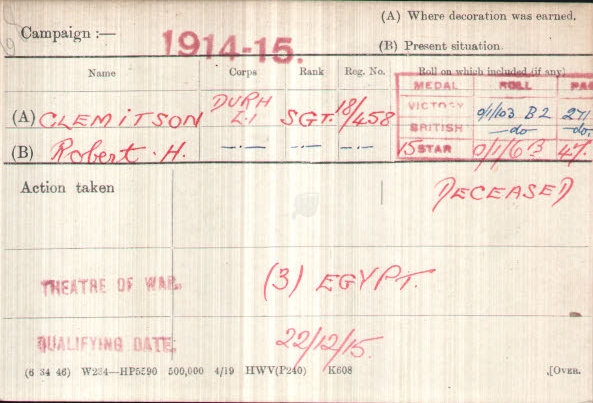 On the 4th August 1943, en route from Lourenço Marques & Durban for Aden & Alexandria, via Mauritius, she was one of a total of ten ships torpedoed by German submarine U-181 that summer, and sank East of Madagascar.  3 members of the 43 strong crew, including Cyril, were lost.

Cyril’s name is included in the Memorials at Haydon Bridge & Towerhill.    More... 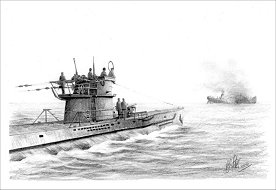